Horticulture is not just farming or growing of plants. It is the science and art of growing vegetables, fruits, medicinal plants, mushrooms, flowers, ornamental plants and herbs in an economically viable way. It also involves design of gardens, conservation of endangered plant species and the reuse of waste land. Horticulture also includes the production of non edible plant products of high economic value. 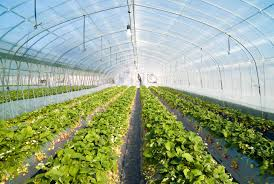 Horticulture deals with the science of cultivation with advanced techniques from the early stage of tissue culture, till the final productivity from the plants.

Horticulture can be divided into culture of ornamental and edible plants.

Importance of Horticulture of edible plants:

Mushroom cultivation can be divided into Six Phases:

Education and Awareness: There is now increasing demand of horticulturists, tissue engineer scientists, and experts from this field, thus now there are many courses available in the universities on Horticulture. Also, more and more farmers have been educated about the modern techniques of Horticulture through, camps, village panchayats, televisions, horticultural societies and organizations, to increase their income.