On and in our bodies microbes of all sorts have set up squatter camps. They have left nothing. They are there in our skin, mouth, nose, oesophagus, lungs, stomach, intestines, urinary tract, blood and even in the brain. They have pretty much taken over any available real estate in and on the body. This encroachment starts very early in our lives. Some say it is before birth when we are still embryo but that needs to be confirmed through more experiments. It is however very clear that it happens as we are born and the microbiome (sum total of all microbes) is transferred from the mother to the child as it is being born. The nature of birth, caesarean vs normal delivery has an influence on what sort of microbiome the child gets. So there it starts. Once they have established, the microbes outnumber us 1:10 in terms of number of cells. So essentially we are more microbe than human. They also outnumber us in terms of number of different genes by 1:150. The microbiome consists of eubacteria, archaebacteria, fungi, protozoa and viruses including bacteriophages. 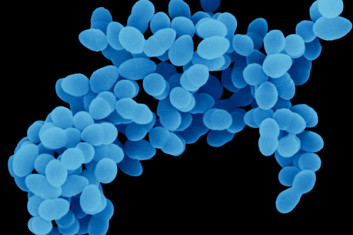 This microbiome which inhabits us for a long time was thought to be commensal in nature and rarely symbiotic. Our traditional microbiologists always thought a good bug was a dead bug and a lot of emphasis on hygiene meant that we would use products to kill as many microbes as possible. Cleansing ourselves of as many bugs as possible was thought to be a good thing. Now, there is a rethink about all this thanks to the revolution in microbiomics, the science of studying the microbiome. Are these resident microbe Friends or Enemies or Frenemies??

Diversity: Advances in sequencing DNA led to Next Gen Sequencing (NGS) technologies which meant very powerful and cheap way to sequence a lot of DNA. By applying NGS to environmental samples and sequencing wholesale the content of the sample without purifying individual bacteria was a step change in knowing who all are present in a sample. When these methods were applied to samples derived from various parts of the human body we were in for a big surprise on the diversity of the different kinds of bacteria that were residing on us. In the US a large scale study call the Human Microbiome Project was launched in 2008 to study the microbiome from across 18 different body sites. It is estimated that the total diversity could be about 15,000 different microbes residing on an average human. This number is simply mind boggling and we have no idea about some of these bacteria as we have never cultured and studied them. For example, the mouth has over 400 kinds of bacteria or more on average. Similarly other sites have a lot of different other bacteria.

Function: So what do these bugs do? It appears they do a lot of different things. We always knew they had a role in digestion. Microbes in the gut are the reason we are able to extract lot more nutrients from food. We would not be able to digest a lot of the complex food material we eat without the enzymes coming from microbes. Importantly microbes extract and/or generate some important molecules such as butyrate from plant fibres which is now shown to play a key role in our health. They synthesise vitamins, degrade xenobiotics that come into the body, regulate metabolism, even regulate hormones such as insulin, synthesize serotonin a brain signaling molecule, regulate terminal differentiation of mucosa, train or educate our immune system, offer colonization resistance to prevent pathogens from entering the body and many others that we are still discovering or yet to. As you can see that was a formidable list. So it can be argued that these squatters are beneficial to us. The most exciting bit in this science is the new findings on the contribution coming from these bugs in all the different areas on the body where they reside. An example of such new finding is that the microbes in the mouth play a role in turning the nitrate that comes in food into nitrite. This nitrite turn in to nitric oxide which can cause vasodilation and lowering of blood pressure. Hmm, could you even imagine such a thing? So the bugs in the mouth do something useful other than causing bad breath and decaying your teeth. That was not a one off thing as more and more such examples are coming to the fore nowadays.

Diseases: The science of microbiomics has created new buzz in the area of disease biology. Many recalcitrant conditions which were poorly understood and difficult to treat and which had no single causative organism are now thought to be driven by the microbiome. The microbiome is an ecosystem in fine balance with the host and any severe perturbation causes a dysbiotic state and this leads to a disease condition. Some diseases where a strong correlation to changes in microbiome have been observed are Crohn`s disease/Irritable bowel disorder (IBD), chronic periodontitis, Tropical Sprue, Bacterial vaginosis, Psoriasis, Reflux oesophagitis, Obesity, Childhood onset Asthma, Colorectal carcinoma, cardiovascular disease and even premature delivery of babies. But it is still not clear if the microbiome is the cause of the effect or if it is initiating or propagating or if it is monofactorial or polyfactorial. These issues make it difficult to devise treatments as we are not sure about the mechanistic basis of the disease. For IBD and Clostridium difficile infections poop or fecal transplants have been shown to have much better success at reducing disease than any other therapy starting a new era in microbiome driven therapeutics. Such novel therapies are being proposed for other diseases as well.

A few other interesting experiments in this area have thrown some mind boggling findings. Such as the microbiome transplant from a pregnant mice to a non-pregnant mice changes the insulin sensitivity and brings weight gain like in pregnant mice. This shows the amount of influence the microbiome has on the host physiology. Similar experiments of transplanting the microbiome have shown that they drive obesity. Bacteria in the gut can also affect distant anatomical sites too such as the brain in autism, depression and skeletal structures such as in arthritis. Antibiotic usage causes big changes to the microbiome and it takes a very long time for the microbiome to return to its original state. What is the consequence of such changes to the host health? We do not know currently and scientists are hard at work trying to understand these issues.

With all this new knowledge we are in the midst of reframing our attitudes towards the bugs on our body. They are undoubtedly useful and worth preserving and sustaining. But there is balance to be maintained and these very friends can invade if the body were to lower guard and cause disease blurring the distinction between friends and enemies. Hence these residents on us are ‘Frenemies’. In the words of David Relman, a top scientist in this area of research ‘One of the most important ecosystems on earth might be the human body’, and we have just started investigating it. Either way we are in a brave new world where microbes so tiny and small, stand so tall.

Disclaimer: The views and opinions expressed above are the author’s personal beliefs and opinions. They are in no way associated or endorsed by his employer.