It is almost impossible to imagine today’s healthcare without surgery. Equally impossible is to imagine surgery without anaesthesia.

Indian Society of Anaesthesiologists, the national parent body also instructed the members all over India to arrange public awareness programs, that will make the public aware of the importance of our subject, us and our role. Press and media can also help.

People have lot of doubts, misbeliefs, misconceptions and apprehensions about the subject. So, presenting this text for public awareness about anaesthesiology and anaesthesiologist.

On October 16, 1846 Dr. William TG Morton used ether for anaesthesia for the first time. He is known as the father of anaesthesiology and every year on the same day, whole world celebrate as World Anaesthesia Day.

Today anaesthesiology is a fast growing speciality. There is lot of modernization and development to keep the patients safe during anaesthesia.

Controlled unconsciousness is called anaesthesia. There is triad of anaesthesia i.e. sleep, pain relief and relaxation, so that surgeon can operate with ease. This is also called balanced anaesthesia.

Side by side during operating period, different monitors are used to examine and control the activities of all parts of the body, so that patients remain safe during and after anaesthesia.

Patient should be empty stomach for 3 to 4 hours before operation,so that he may not vomit during surgery/anaesthesia.

By anaesthesia technique, any one part of the body or whole body is anaesthetized.

Drugs used for anaesthesia are usually safe but some times adverse effects and serious complications can occur. One drug can act differently in different patients. So, it is very difficult to predict about the out come of anaesthesia.

The medical person who administers anaesthesia is called anaesthesiologist. After passing MBBS one has to undergo 2 to 3 years course for securing DA (Diploma) or MS/MD (Degree) respectively. Such qualified doctor is called Anaesthesiologist. Many anaesthesiologists are now called super specialists by working for 6 months or more in specific field of anaesthesiology i.e. cardio-vascular throracic, neuro, paediatric, pain relief etc. etc.

The anaesthesiologist assesses the risk of the patient undergoing surgery/ anaesthesia and optimizes the patient’s condtion before, during and after surgery/anaesthesia.

Nerves carrying the impulses are blocked locally, is called local anaesthesia. In this method the anaesthetic drug is usually injected into the tissues to numb the specific part of the body.

In both the methods, the anaesthetic drug is injected with great exactness in the appropriate area of the back resulting in loss of sensation in the lower parts of the body.

In this technique the patient remains unconscious by anaesthetic drugs and has no awareness or any sensation. Many drugs are used including anaesthetic gases and vapours.

For minor and short duration surgery, the patient is put to sleep by giving injection into vein in the arm or by allowing patient to breath anaesthetic gases and vapours through a face mask. For major and long duration surgery, the anaesthetic gases and vapours are administered into the lungs by a face mask or a rubber/plastic tube introduced into the wind pipe. Sometimes drugs which stop breathing by relaxing muscles are injected, then the anaesthesiologist breathes for patient artificially by pumping oxygen into the lungs manually or by machine.

The duration and level of anaesthesia is controlled carefully. After the surgery, the general anaesthesia is terminated by withdrawing anaesthetic agents and administering suitable antidotes. This allows the patient to wake up from anaesthetic state.

To- day anaesthesia is much more safe because of new drugs, agents, special equipments and vigilant anaesthesiologist but anaesthetic mishaps can occur. The chances of anaesthetic complications depend upon patient’s health prior to operation and complicated surgery.

Anaesthesiologist’s work place is not only limited to operation theatre but plays a great role in different capacity at different places.

He looks after patients before, during and in immediate post operative period. He also takes consent for anaesthesia from patients and relatives. Anaesthesiologist can not refuse for anaesthesia but gives anaesthetic risks and inform patient, relatives and surgeon accordingly. Anaesthesiologists are involved in the care of patients in ICU particularly those who need mechanical ventilation. He also provides training to all category of people in cardio pulmonary brain resuscitation. He manages pain clinic, relieves pain casued by advanced cancer and other non surgical cases. He plays a great role in relieving pain of normal child birth. Anaesthesiologist provides a helping hand in trauma, rescue and disaster management. Anaesthesiolgist also provides his services during ECT, MRI, and CT Scan.

Patients select their surgeon for surgery, I hope in coming years, the patients will also choose their anaesthesiologist for anaesthesia.

When we relish the upma or pasta in our plates, we seldom think about how the ingredients make their way into these sumptuous dishes.

One of the most used cereals worldwide is wheat. It is one of the most durable and dependable crops after rice and maize and is grown under diverse agro-climatic conditions.

We will take a look at a variety called Durum wheat that is the raw material that goes into our daily food items. Durum wheat results in numerous foods such as macaroni, pasta products and semolina in the nourishment of world population including India.

Durum wheat (Triticum durum L.) is an economically important crop grown worldwide including India. It is being cultivated in 10 to 11% of world area and accounts about 8% of the total wheat production.

In central India it is been cultivated in Malva regions, Sourastra and Kathiaward in Gujarat and Kota, Bundi, Jhalaward and Udaipur regions of Rajasthan, Bundalkhand region and west Maharastara from long time and its traditional food products like Bati, Bafla, Dalia, Churma, Lapsi, Upma etc are being consumed as staple food.

Due to susceptibility to the rust and limited production in 1960s the cultivation in mid India declined and farmers stopped growing durum wheat varieties. Now, due to the development of highly tolerant and high yielding varieties the area, production and productivity of durum wheat has increased day by day and central India is now called as a hub for the durum wheat.

It is found that as compared to rice and aestivum (variety of wheat) nutrient value of durum wheat is more, because it contains protein, micronutrients like iron, copper and zinc in large amount comparatively.

From the above table it is clear that as compared to the most popular bread wheat (Lok-1) in central India durum wheat (Malav Karti) contains more values of total carotene (two and half % more), protein and micro nutrients. In addition, it contains vitamin B complex i.e., Riboflamin, Licine and Thimine in good amounts. It contains folic acid, calcium, vitamin E and antioxidant in good amounts as compared to bread wheat. Total carotene which is precursor of vitamin A, helps to keeps eyes healthy and in development of immune system

Security to rust and other disease:

Research showed that durum wheat has different levels of rust resistance as compared to common bread wheat.Many durum wheat varieties are resistant to brown rust, which is very prominent in bread wheat in India. Durum wheat can protect wheat cultivators not only in central India but also all over India where wheat is cultivated. It is also resistant to black rust (Ug 99) so it avoids the dispersion of Ug 99 race in India. Durum wheat is also resistant to seed borne disease like Karnal blunt and Kayama (Loose Smut) which gives seed born disease free wheat varieties.

Durum wheat is mostly used in fast food like noodles, spaghetti, lasagna, vermicelli, macaroni, pasta and many other products.

Keeping in view the increasing demands of these products, many fast food production plants can be set up , providing jobs to many people.

There are many Durum wheat varieties developed for different irrigation conditions, India Agriculture Research Institute, Regional station is working in very effective way for the development of many Durum wheat varieties for different irrigation conditions and improving its quality level. All the developed varieties are rust resistant, high level of water use efficiency, drought and heat tolerable and contain high level of quality nutrients.

Therefore, the cultivation of Durum wheat makes great economic sense today as compared to other crops

It surely is an opportunity for farmers in India to make use of indigenous technologies and crop varieties available for increased profitability and a fulfilling farming career! 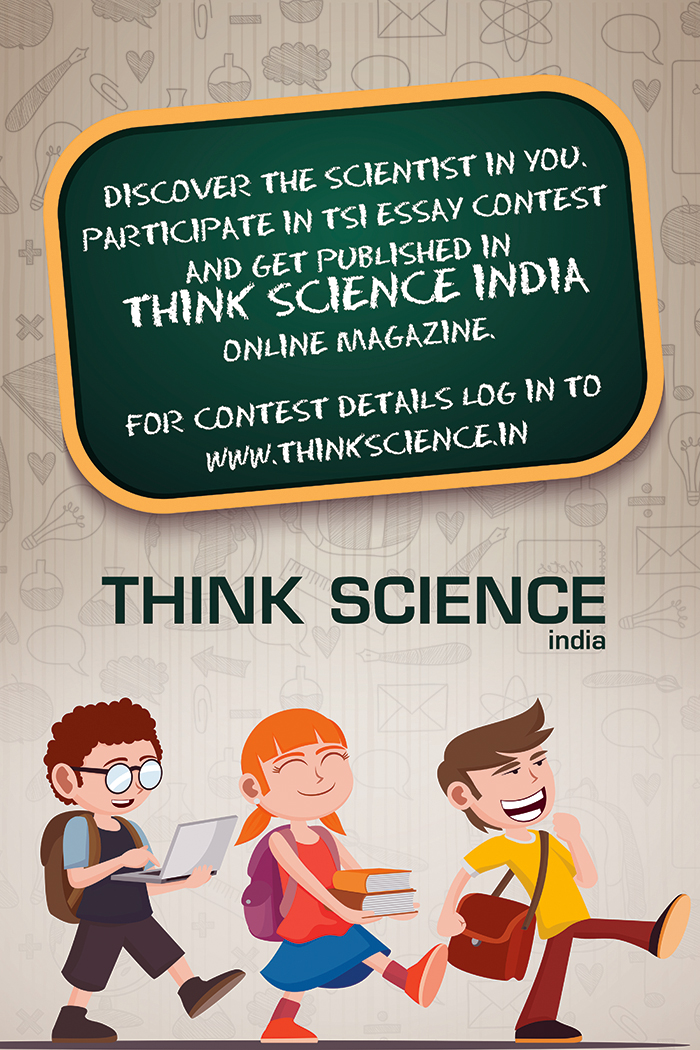 Start giving shape to your dreams. Participate in “TSI – Essay Contest” to bring out the scientist in you.

By submitting the article it is understood that the writer has read & understood the terms and conditions hereunder.

Send in your entries to editor@thinkscience.in

Mention “Essay at TSI Sep ’15” in the subject line.

TSI (Think Science India) reserves the right to use the entries received for promotions and commercialisation purpose (Creation of videos, audio books, social media). TSI also reserves the rights to publish these articles at any given point of time in any form of medium (Online, Blog, Print, Magazine, News Paper, etc)

Top entries get to be published in Think Science India. 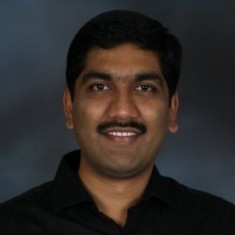 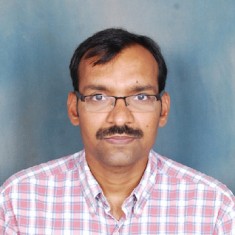 Dr. Kumar joined New Jersey Medical School in 2011. He working on discovering new inhibitors with novel molecular targets in pathway driven approach to drug discovery in Mycobacterium tuberculosis. He is also studying mechanisms behind emergence of of drug resistance in Mycobacterium tuberculosis. Prior to joining New Jersey Medical School, he did his postdoctoral training at the the National Institutes of Health, Bethesda,MD. Dr. Kumar made seminal contribution in the area of DNA repair in Mycobacteria and received his PhD from the Indian Institute of Science, Bangalore, India. 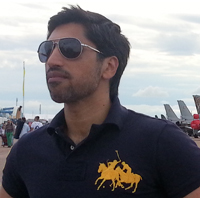 He holds an engineering degree in Information and Telecommunication and MBA from University of Strathclyde, Glasgow. Manish Sharma works as the Lead Architect with Software AG, based out of London office he is also the practice lead for process driven SAP implementations across EMEA. He is an Enterprise Architect with focus on Transformation projects- Strategy to Execution. He has been in the industry for 15 years and delivered programs for companies such as RBS, Vodafone, Zurich Financials, Future Group and John Lewis Partnership. 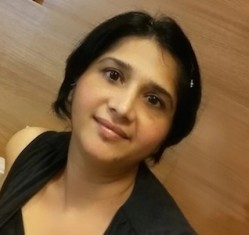 A Medical professional by education, she is the Editor for Think Science India magazine.

One concept that has gained momentum is that of “function” in place of Vitruvius “utility”.

“Function” came to be seen as encompassing all criteria of the use, perception and enjoyment of a building, not only practical but also aesthetic, psychological and cultural.

A famous Architect Nunzia Rondanini states, “Through its aesthetic dimension architecture goes beyond the functional aspects that it has in common with other human sciences. Through its own particular way of expressing values, architecture can stimulate and influence social life without presuming that, in and of itself, it will promote social development.”

YOGA FOR ALL – PADMA SADHANA

After learning Surya Namaskar we now proceed to know about other Asanas. In this edition we learn about Padma Sadhana.